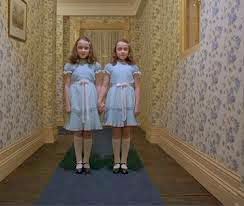 I loved this story by Rishi Majumder in Yahoo Originals. I'm not following the elections very closely, but it's hard not to be clued in, when that's basically the only thing anyone can talk about.

The story follows Abhinandan Pathak, Modi's brother from another mother, doppelganger, what have you, and how he uses his coincidental face to.. well, to appear on TV, anyway.

"It's a carbon copy," he says, staring at the face of Modi, his face radiant with joy. As if Modi were the lookalike. As if Pathak was what was stalling traffic on this day on Ashoka Road.

The reason to keep one eye on election coverage, even if it's really not your scene is to see the smaller human interest stories that emerge from it. Here's a dude, with nothing more to his name than a resemblace to a man who happens to be on TV all the time. Here's how he's capitalizing on it.

He's especially upset with Laxmikant Bajpai, president of the BJP's UP unit, for insulting him when he tried to sit next to him, dressed as Modi, at a function. "Nakli Modi, stop this drama!" Bajpai had hollered. "After all the work I did," Pathak says.