Shadow boxing in the dark: life after midnight in Germany and in India 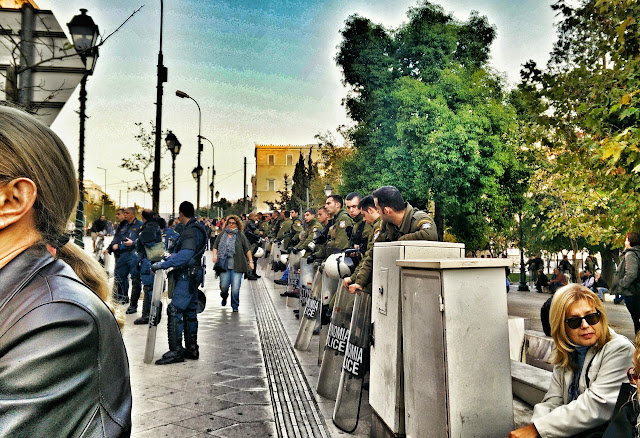 What is it that makes a city safe? I was pondering this question, as my companions and I took a shortcut through a dark — frankly, quite creepy — park. “Don’t worry,” said the Good Thing, “Nothing will happen.” And even though my every instinct resisted it, I followed him, only to pass several people (women included) that were walking home alone. The punchline? I’m not at home in New Delhi, India. I’m in Berlin.

Now Delhi has some amazing parks — Lodhi Gardens is the most famous one, but there are small patches of green hidden away like treasures in most neighbourhoods — but all these parks are locked up after 7 pm; insofar as anyone can lock up a park I suppose. That’s because after nighttime there are all sorts of “unsavoury elements” who come into parks and use them for their own needs. What these needs are, I’m not sure, but the park opposite my house was frequented by young men “probably smoking crack” said a neighbour darkly, until it was fitted by bright floodlights, so powerful that we probably don’t need to turn on our own lights inside. So obviously, locking the parks doesn’t work, because the unsavouries are just going to move somewhere else entirely. But I find it hard to imagine that Berlin has no unsavoury elements of its own. Of course, it does. But why then is this city safer?

Partly I guess because a lot of stuff that would be illegal in India is legal here: drinking in public spaces with a convenient liquor store at every corner. Bars that are open till all hours, meaning people have somewhere to go, instead of just converging in the street. A while ago, in both Delhi and Mumbai, there were plans afoot to make some bars 24 hours open. If not all day and all night, then at least to increase the last call time from 12.30 or whatever insanely early hour it is right now to two or three in the morning. It is at 12.30 when your average drunk is just getting into their stride and so have to leave a bar and get into their car and drive drunk somewhere else, leading to fatalities. (The road accident death toll in India is truly shocking considering how many people don’t have cars.) Of course, this drunk person could be responsible and take a cab — as my friends and I frequently do — but the inefficiencies of app taxis are a column for another day.

That’s another thing Berlin has that Delhi (and a lot of Indian cities) don’t. A dependable, easy-to-access public transport system, which means no one has to drive. It’s easier to feel safer when you’re in a brightly lit train station, tens of other revellers next to you. It’s easier to feel safer when you stumble home, stopping only to pick up a snack from a street food vendor, open, perfectly legal and thronging with people. I remember when I voted for Arvind Kejriwal in the Delhi election I was told by the AAP that the city would work towards all these things. Bright lights on empty roads. Transport from metro stations to your neighbourhood. CCTV cameras everywhere. Instead, I’m faced with him in the papers and on the radio, crying about how he’s been wronged. (But my Arvind Kejriwal woes are also a column for another day.)

But besides the bars and the transport and the easy access to debauchery, I suppose, what really makes a city safer is its people. And that is something that does not have an easy fix. I suppose if everyone was just like you, it would be easier to make a case for it. But since all of India is drowning in a plague of unemployed people (but let’s be real, I really mean men) who come to the city looking for work and instead are forced to hang about bored and looking to kill time, there will always be the unsavouries. The jobs promised to them are not materialising and they have a lot of free time and a tendency to mostly go with their baser instincts. A group can so easily turn into a mob when you have nothing to do and someone is making pretty speeches. India is a country of such extremes: the rich, the poor, the employed and the jobless, the areas in which you live, the religion you follow, that there are disagreements almost everywhere and it’s very easy to light a fire when you have all this dry wood ready and waiting to burn.

Fix that and you can fix everything. And maybe in 10 years, I’ll take a walk through a park at night by myself and won’t think two ways about it.
Posted by eM at 11:01 am

Email ThisBlogThis!Share to TwitterShare to FacebookShare to Pinterest
Filed under Column, Travelling light