Music has always provided a narrative for my life. A "theme of the day", if you will. Some days, I'm all about the melancholy, and then there is a sad French voice echoing through my living room, singing about love and loss. Before I go out on nights, some weekends, I have a pep-yourself-up playlist, Ke$ha (my dirty little secret pleasure) thumps on the woofer, and I'm all about the gyrating, the hip movements, the mirror duck face as everything is exaggerated, from putting on mascara to perfume in every.single.pulse.point. I feel fabulous, I think, as I prance around, toothbrush in mouth, this night is going to be fabulous. And it usually is.

My mother says that once, pregnant with me, she went to watch a Kerala drum performance. They're those huge drums that look like this: And they make a helluva lot of noise. Something about the bass, the rythym, travelled through her and to me, and I kicked so hard, she finally had to leave. I like to think I was tapping my feet to the beat.

That being said, I didn't grow up in a particularly musical family. As I explained in an article I did for Open Magazine earlier this year, my musical awakening only happened some time in the 90s, and through my friends. But when it did happen, it happened hard. I fell in love with music as soon as I knew what it was, in a notoriously off-key family, I am the only one who can carry a tune, not well, mind you, but at least it  sounds like the song it's meant to sound like. When we were twelve, my friend and I discovered the 'Record' function on our tape decks, and spent hours creating our own radio shows, complete with singing and requests for more singing.  As we grew older, suddenly, it was all important to have musical 'taste', to like one genre and stick to it, I learned to be ashamed of my love for the Backstreet Boys, to treat pop with contempt, and embrace Pink Floyd (well, around my friends, back home I still turned on Alanis, it was like she was singing my life, dude.) Cheesy love songs, you listened to alone, around your friends and in your car, you were all about the edgy, the statements.

I remember the day my college boyfriend introduced me to Dave Matthews Band, just the one non-cheesy song, Dreaming Tree, I think it was, and Jewel, at the same time, and a couple of years later, in another boy's bedroom, after being gently mocked for not knowing the name of the lead singer of Pearl Jam, more Dave Matthews, and because I always thought of myself as uncultured when it came to music, I listened to him, and to the band, and I loved it. In my first flat on my own, my roommate pulled out Dashboard Confessional every night over sparkly blue drinks, on my last trip to the US (oh, more than ten years ago now) my cousin bought me a Matchbox 20 CD, saying he'd only stop calling me "pop girl" when I listened to real stuff. Good stuff. I made lists of qualities I'd like in a man, when I was 19, and one of the things, right below 'should read' was 'should have good taste in music'.  By which I meant, 'should have MY taste in music'. How were you supposed to love a boy who loved hip hop when all that did it for you were soulful ballads?

I know better now. Or do I? My last relationship was full of mistakes and arguments, and one of them was how often he put down the music I listened to. He was a drum and bass kinda guy, and when we hosted parties, it was his music we  mostly listened to. "This is good music," he'd say, "Not like your shit." To be fair, he also said the same thing about the movies I watched. (Not so much books, although we differed there also.) So perhaps not the most shining example of music incompatibility working out in the end.

But I still strongly believe the best part about meeting new people, any people, romantic, friendly, work-y, whatever, is being introduced to a whole bunch of new ideas. Through a new friend, I learn to love bits of Florence + The Machine, sitting at BB's house in Bandra, her playlist was almost always low jazz, one man I dallied with briefly, made me an actual mixed CD. People love to share their music, more than books or anything else, it's like "Here! I love this and if you love this then you sorta, kinda almost love me." Which is why, as teenage girls we tried to so hard to listen to everything our boyfriends listened to, anything to give us an insight into the mysterious marsh that is the male mind.


2.Live music and my relationship with it

I love it. I love being somewhere and a band playing. It has to be complete and utter crap for me not to love it, and thankfully, it rarely is. I love watching the musicians working, like art almost, they're doing something I'd never be able to do. Almost always, when I'm standing in a bar watching a live gig, my eyes are shining, my foot is tapping, I want to grab hold of people and say, "OH MY GOD, ISN'T THIS AWESOME? AND IT'S LIVE!"

But. A caveat. I love live music when there's a place for me to sit down if I need to. A drink close enough. Not so loud that I can't have a conversation. Assorted set list, if possible. Which is why I rarely go to actual concerts. That means being too involved, the kind of person who screams when the band comes on stage, maybe who buys a t-shirt, whose entire evening is just watching them play. I like my live music background-y, a foil to the rest of my night. I'd watch some bands, sure, but I'm not a die-hard rock music fan like some of my friends. I'll go if you're going. I'll go if we sneak in drinks and we sit on a blanket at the back and when the only song I know all the words to comes on, I'll go if I can get up and start singing along.

Here is a list of the bands I have seen:
1) Deep Purple (We were 13, my friend wanted to make out with her older boyfriend, I stood around awkwardly.)
2) Ricky Martin (He was very popular at one point. So popular that I couldn't even see the stage and had to be hoisted upon a friend's shoulders.) (Nice ass, too.)
3) Def Leppard (at the Channel [V] music awards, with a whole bunch of other people including Sting and Gwen Stefani, I think.)
4) Shaggy (there was a boy and WHAT? I had a weird, weird night. I should really blog about that some time.)
5) Some major band in Bombay that everyone got really excited about but whose name I can't even remember. And it was pretty major. Led Zepplin or someone like that. I only went because I had a free pass.

Everything I love about live music. I sat back on 500 year old stones, watched the full moon blaze and people dance and the stage was lit up, and I was with people I like, and red wine coursed through my veins.

People keep asking me how it was, and I say variants of "wonderful!" or "fantastic!" and really, even in writing this, I'm having a hard time coming up with more words. I feel like just wonderful should cover it, because see, it was about everything, the music that was all fusion-y and perfect in that setting, the setting itself, absolutely fucking gorgeous, and the people I was with. It was everything, you see? 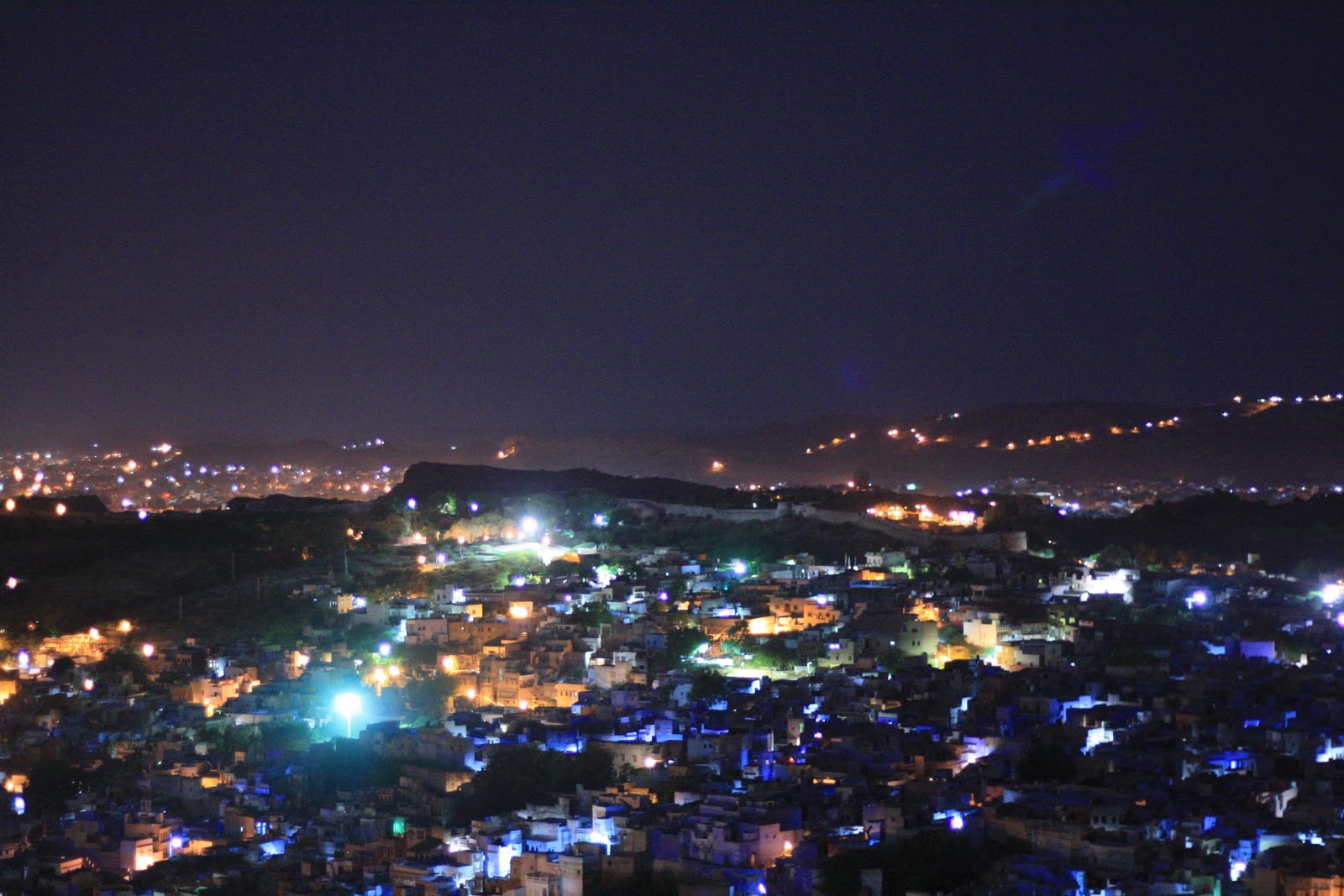 But let me try and be a bit more descriptive. Performances went on all day, but I was all return-RIFFer and knew that the things happening at night would be more up my alley. Pure folk music is totally awesome, don't get me wrong, but I like fusion music a lot. It makes me want to dance, even when I was as tired as I was (I really need to start getting more sleep on holidays, I feel like each vacation is marked with sleep deprivation and that surreal, weird high you get from only having rested for a couple of hours. It didn't help also that my hotel--which in every other way was picturesque and lovely, with a bathtub even--had a daily power cut at 9 am which went on till 11 am. Like an alarm clock, no matter what time I went to sleep the night before, I'd be up and about by at least 9.30. Next time I go somewhere, I'm pencilling in 'naps'.)

There was this awesome, awesome party on Friday night, a combination of beatboxing and a shaadi brass band and then this DJ, who had also been there last year and by the time I crawled into bed it was 5 am, and the party had still been going strong when I left. That was my favourite night at RIFF the year before too, the mad party they had in a sunken courtyard. This time the setting was different, but still a moonlight party in a fort is the kind of thing you talk about to your friends who didn't go, all blase, "Yeah, I was at a moonlight party in a fort. No biggie."

I was expecting Saturday to be even crazier, thanks to the night before, but it wrapped up at a civilised hour, with the beatboxer collaborating with everyone who had performed. The RIFF Rustle, they call it.

Other highlights? This fantastic band from the Reunion Islands, a Dutch jazz band, and a Bollywood playback singer who sang Sufi music. If you've been on the fence about attending, you have to go next year. Have. To. You'll probably see me there.