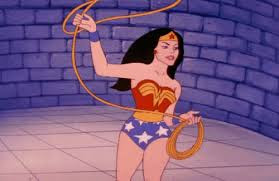 That's right, someone heard me ranting and decided to pay me money to do it for realsies.

(Okay, okay, I'll mention the redesign first. Isn't it nice? I was kinda bored of all the white. This is a standard Blogger template, but with a little help from the Good Thing, we managed to make it super personal. Do you love it? I DO!)

ANYHOW, so I'm sharing space in The Week online with the amazing Meena Kandasamy (who is a poet and a novelist and really quite kick-ass, so I was super flattered. We split so we each do every other week.

Here are my three so far.

On abortions and why we should talk about them more.

"Sometimes condoms gave in to the pressure of being in a leather wallet for several months, nestled against hot thigh on a hotter summer day, sometimes you’d feel it give during the act itself; other times you’d only notice when you rose to have a shower, there’d be a trickle that wasn’t yours emerging from you. It was in those moments that my partner and I would look at each other with consternation: I could tell you about finding the right gynae—you’d have to ask a friend of a friend of a friend, always hush hush—or driving to a maternity ward in a major hospital at night, hoping to find some sort of contraceptive that would hold. Mostly I hated the young doctors rolling their eyes at me, their expressions clearly saying, “These girls never take care of themselves.” But I was a feminist already! I said things like, “No glove, no love!” It wasn’t my fault the gloves were so delicate you probably had to store them in your fridge or something."

On aggressive staring and moving to gated neighbourhoods to get away from it all.

It’s hard to explain the “aggressive looking” to anyone who isn’t a woman in India. Yes, it’s just staring, and yes, staring isn’t going to kill me, but it’s the way the stares happen, face immobile or sometimes just plain unfriendly, eyes skittering past your clothes, resting on your face for a second or on your butt or your bosom, men continuing to do whatever they were doing before, only this time their eyes never leave you. They’re talking, chewing paan, their arms around each other’s shoulder and they make looking into an almost physical gesture.

On why we apologise so much and how we should really stop.

Emoticons are great for people who can’t convey subtle tone. I use them all the time out of laziness. When I bite back at someone sarcastically on Facebook, I add the tongue-sticking-out face. Don’t take me too seriously! I was only joking! When I’m not in the world’s best mood but want to convey happiness anyway, I add a smiley. It doesn’t matter what my words say, just look at my smile! Somewhere along the way of talking about my emotions on the internet, I had grown uncomfortable about having any feelings that weren’t all happy-happy-joy-joy and so had to hide behind the little yellow face.


Have a read if you're interested in any or all of the above. I think they're fun.

(You know what's full of women's writing? My new book! Now out on Amazon! Buy it!)