(A version of this appeared in The Indian Express) 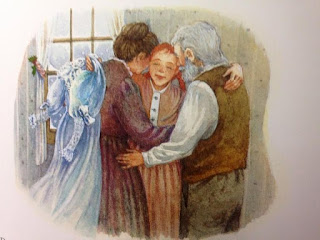 What do we know about Marilla Cuthbert? We know she's an older single woman who keeps house for her farmer brother in the beginning of Anne Of Green Gables. Her age is never mentioned until once in Rainbow Valley, where Anne says sadly, “Marilla is eighty five.” By some back calculation, this makes her not younger than fifty something when we first meet her: “a tall, thin woman, with angles and without curves. [..] She looked like a woman of narrow experience and rigid conscience, which she was; but there was a saving something about her mouth, which, if it had been ever so slightly developed, might have been considered indicative of a sense of humour.” Remember that mouth as her creator L.M Montgomery wanted you to, there's foreshadowing in that mouth.

With Mother's Day just past, and a new adaptation of Anne Of Green Gables on Netflix, I got to thinking about Anne as a mother. She was a great mother, as her children will evidence, loving and warm and all those things. But it surprised me that she took so easily to it, where was Anne's role model? Her own mother, long dead, her brief stint as a helper for mothers with their children just left an impression of an impatient harridan and her brood of squalling infants. We never do learn much about Gilbert Blythe's mother, and Diana's mother is stern and inflexible for the most part. So where does Anne learn it? Some might argue that motherhood is instinctive, but I say your basis has to be formed on what you know. And what Anne knew was Marilla Cuthbert. 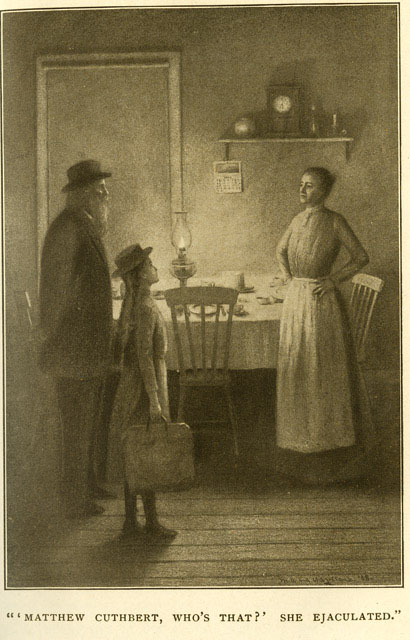 Marilla, fifty something, a spinster for life, a stern woman who knew what she wanted. Balanced by her brother Matthew, who you, reader, might remember more lovingly, because he shared an affinity with Anne, and was sympathetic to her needs. But remember also that it was Marilla who made the final decision that Anne should stay with them—even though she wasn't a boy, Marilla who gave Anne one of her biggest comforts: her relationship with God. So too was it Marilla who made sure the flighty, imaginative girl was taught household skills—something we might scoff at now, but which was a necessary accomplishment in that time. Anne teaches Marilla how to love, yes, but Marilla gives Anne a safe space in which to love.

All this not to run down Matthew—he was lovely, but he was not a parent. He was the generous uncle Anne needed, a port in the storm, a place for unconditional love. Matthew gave her a puffed sleeve dress and listened to her talk and took her side against Marilla whenever needed. But Marilla, that spiky spinster, the childfree person who didn't even really want a child, she gave Anne a chance to go to college, and a place to come home to, and rounded off her raptures with old fashioned common sense. Marilla didn't want a child, not even the boy they asked for, he was meant to be a help to Matthew, but once she had one, she mothered her as she had been mothered herself. Unsentimental and supportive. Stern but loving. The first time we see her completely on Anne's side is when she goes to correct Mrs Barry's impression of Anne, that she was a child who “set Diana drunk.” Matthew would never have the courage to make that confrontation, and in this scene, all of Marilla's mothering comes to the forefront. 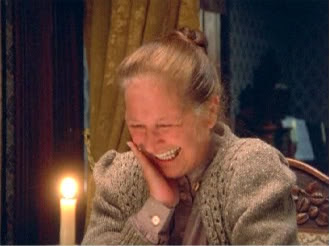 “Poor little soul,” she murmured, lifting a loose curl of hair from the child's tear stained face. Then she bent down and kissed the flushed cheek on the pillow.

We know the great tragedy of Marilla's life was her lost romance with Gilbert Blythe's father, but we do not know when that exact moment was that she decided she was going to be alone forever. Spinsterhood was thrust upon you in those days, when you were considered too old to be viable, and your options were limited. In Marilla's time, you couldn't even be a teacher, so you had to settle down and keep house, and if you lived alone with no independent income, you may not even have a house to keep.

Children's literature does away with mothers to make heroes—think Harry Potter or Oliver Twist—but Anne with her imagination and her speeches would not have the same effect on readers if we didn't have Marilla in the background making sardonic remarks and always making sure that the whimsy was balanced out with the very real indeed.
Posted by eM at 11:10 am