Narnia and the Outsider

A version of this with the angle changed to reflect more on the food aspect was published in the Hindu books section. Read that here. 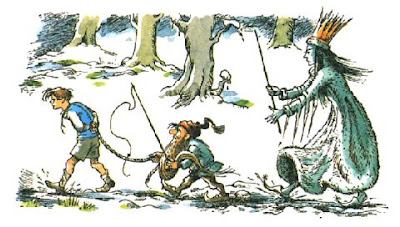 “The Queen let another drop fall from her bottle on to the snow, and instantly there appeared a round box, tied with green silk ribbon , which when opened , turned out to contain several pounds of the best Turkish Delight. Each piece was sweet and light to the very centre and Edmund had never tasted anything more delicious.” - C.S Lewis, The Lion, The Witch And The Wardrobe

I forget when Narnia fell out of fashion and it became a party piece to tell readers that the author, C.S Lewis, really meant it to be a Christian allegory. “Don't you see,” someone will say to me earnestly, when I tell them the books were my earliest experience with fantasy, “The lion was Christ! It was a Christian book!” Then they sit back, ready to be smug and delighted by those facts dawning on me. They're not the first ones to tell me, nor will they be the last, and Narnia-defenders, like myself (or should I call us apologists?) have this bowed, wary expression even as we admit all the things we loved about the books. What was not to love? Talking animals! Magical doorways! Fauns! Little children who became kings and queens! Learning that the worst thing you could be was a traitor! (Second worst: coward.)


There is an argument to be made about not re-reading your old favourite books as an adult. Your rational mind isn't supposed to stop and examine a problematic bit of prose, you're supposed to skim right along, breathless and caught up in the adventure like the heroes you're reading about.

The first time I read about Turkish Delight was in The Lion, The Witch And The Wardrobe, the very first of the Narnia books, which, if you're not familiar is about four English children who stumble through a wardrobe into a magic land and overthrow the evil queen who has been ruling there for many years. Before they can overthrow her, one of the children—Edmund—is lured into her power by the magic Turkish Delight she feeds him. This makes him silly and vulnerable—not unlike being roofied—and soon, he is her spy.

“She comes of your father Adam's first wife, her they called Lilith. And she was one of the Jinn.” The words used to describe the White Witch by the friendly Beaver, who is helping the children. Lilith, from the Bible, was, actually created the same time as Adam, but out of the same dirt as him—unlike Eve, who was created from his rib. In an excerpt from The Hebrew Myths by Robert Graves, Lilith was banished because she did not want to “lie beneath Adam” since she was created out of the same dirt he was, and didn't see why she had to obey him. She left him eventually, and became a demon or in charge of the demons, and was basically the first example of a woman who chose to do what she wanted. Jinns on the other hand, are supernatural creatures of Arabic and Muslim mythology, and it's mostly to this that the Narnia books take exception. While the Beavers and the children eat fish and potatoes, Edmund has already been corrupted by the Turkish Delight, he betrays his whole family for it, and is betrayed in turn. (In later books, the dark-skinned Calormen have many gods and are slightly ridiculous, and the hero turns out to be a royal Northern, beautiful and fair and ruled by Aslan, the Christ-lion figure). 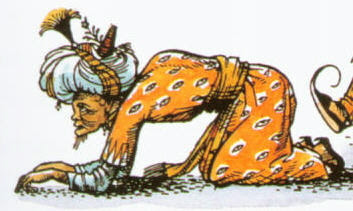 “He had eaten his share of the dinner, but he hadn't really enjoyed it because he was thinking all the time about Turkish Delight—and there's nothing that spoils the taste of good ordinary food half so much as the memory of bad magic food.”

Now, in Lewis' time, Turkish Delight was the ultimate in imported confectionery, and in war-time England, when the book was written and set, sweets were hard to get. Researchers say that maybe the idea of Narnia under the White Witch where it was “always winter and never Christmas” led Lewis to think of the sweet, after all, sugar rations were scarce during the time, and he probably drew parallels between that life and the one he was creating in Narnia.

I didn't like Turkish Delight the first time I ate it. I had conjured up something soft and sweet, a little like a marshmallow, but more exquisite, and the reality was a rubbery gel like thing, made of starch and sugar, flavoured with rosewater. Not quite something I'd betray one person for, let alone a whole country, but then, mine wasn't flavoured with magic.

Email ThisBlogThis!Share to TwitterShare to FacebookShare to Pinterest
Filed under Books and reading, On Writing