I Want To Live In America: On The Appeal Of The Babysitter's Club

(This appeared on Scroll ages ago.)

Their names were something generic—something you'd call your kids when you birthed them far away from everything you knew, and they probably had really pretty “real” names, but I knew them as Pinky and Minnie and they lived next door to my aunt when I visited Nashua, New Hampshire at 11. It was my first trip abroad—the one I had done at two years old didn't count, because then I was just an accessory to my mother—and this was a trip I had made by myself, an unaccompanied minor, walking behind a series of very kind stewardesses, the last of which deposited me straight to my aunt waiting at Boston airport. I was small, shy and gawky, thick soda bottle glasses and uncontrollable hair, which my mother insisted on cutting in a “boy cut,” so she didn't have to deal with it.

In many ways, I was young for my age, and even though I had read Anne of Green Gables and Little Women by then, my mind stayed childlike, undisturbed still by the faraway murmurings of puberty. I had to go give a talk as a “person from India” to my cousin's first grade class, and once the class let out, I found myself in a sea of children my own age, but they were giants, and they knew so much more than me, and they seemed so confident, that I sat with the six-year-olds for the rest of my day there. 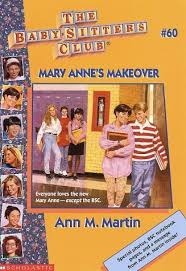 Pinky was a little older than me and Minnie was a little younger, girls of Indian origin that my aunt asked over to play with me thinking I'd be bored with her two boys—one six, one three. I was pleased to see familiar looking faces, and we all sat outside on the porch, swinging our legs while they peppered me with questions about India: did we have a cow? Did we have an elephant? And Pinky glancing at me sideways: do you have a boyfriend? I must have mumbled something and looked shocked, because she grinned, and left me with a copy of Hello Mallory!, book 14 of The Babysitter's Club and inadvertently introduced me to people I'd know for a long time.

The Babysitter's Club is quite tame compared to its peer group, the attractive Wakefield twins, who the creator Francine Pascal follows from childhood all the way to university and everyone has sex at some point, and definitely everyone has a boyfriend. In contrast, the girls in the BSC (as it was known to those familiar with it) are stuck at perpetual tweenage—the older girls are twelve and thirteen, the younger ones are ten and eleven.

Every book is a little bit like the old '90s show Full House—Very Special Episodes dealing with everything from racism to bullying to diabetes. You got a little spiel in the beginning: Kristy is bossy, has a step father who is a millionaire and an adopted baby sister from Vietnam, Dawn is the hippy from California, who is also a vegan and a health food nut which leads to a lot of jokes about how gross tofu tastes, Mary Anne is shy and sensitive but is the only one with a steady boyfriend and is stepsisters with Dawn, Stacey is big city cool and has diabetes, Claudia is a Japanese-American artist whose eyes get called “almond shaped” a lot and who eats a lot of candy and never gets a pimple. And the younger two: Jessi who is black and Mallory who is white, and that's pretty much how their friendship got described, apart from a few details about their siblings. A pretty diverse group of friends, whose speciality, whose passion even was babysitting the neighbourhood kids. So each book was somewhat formulaic—it led with the lead character of that book whose name would also be in the title (Kristy's Big Idea, The Trouble With Stacey, Jessi's Secret Language etc) and there would be a B plot which involved a babysitting problem but which also ultimately tied back in with the original babysitter's problem. But for some reason, they fascinated not only me, but a host of girls worldwide growing up with the same characters. However, navigating America as I did that summer, the girls provided me with a roadmap to US teens. I imagined their wholesome faces as I “did” the country, and in New York City, I even bought myself the BSC Super Special 6: New York, New York, so I could see the city the way they did. (Unlike them, I was never allowed to wander about alone, but it was still fun.)

Over the years, the teen readers grew up and the BSC began to get sort of fetishized as many things from the late '80s and '90s tend to do in this nostalgia-obsessed age. There is a blog dedicated to Claudia's many outfits called What Claudia Wore (which is now defunct, but was very popular till 2013). It detailed such gems as:

"Anyway, I wore the coolest tuxedo I'd recently bought in a thrift shop, including a silky, piped shirt and a bright red velvet cummerbund. I removed the shoulder pads from the jacket, which made it really slouchy (I love that look). Then I bought a pair of white socks with silver glitter. I decided to wear a pair of red sneakers to match the cummerbund. I swept my hair up and fastened it with a rhinestone barrette in the shape of a musical note." 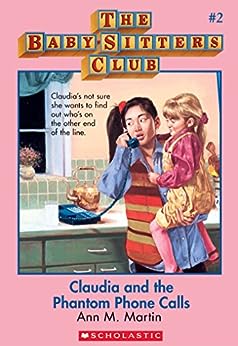 Claudia—being Japanese American—might have been the most written about babysitter, with even a whole graphic essay dedicated to her being a role model for other Asian American girls.

We all had favourites—but mine was Mallory, considered by some to be the most boring babysitter, but I had met her first, her eleven-year-old soul was a kindred spirit, she liked to read and write, she had braces and glasses—Mallory, c'est moi! When I look at my collection now, the eleven-year-olds (Mallory and Jessi) have a majority of the shelf space, and obviously, my heart. Even as I grew up, I identified more with them than with the other girls (save maybe Mary Anne, who was quiet and shy and had an over-protective father). In America, I was learning, the girls got to go out on their own, look after other people's children, and make their own money without having to worry about silly things like parental permission. In many ways, the BSC were my first feminist role models—their business-like minds, their ingenuity and their independence.

I didn't hang out with Pinky and Minnie much after that one time, because in my innocence, I told my aunt about the conversation I had with them. “Do all American girls have boyfriends?” I asked, and she took Pinky to task about it. I even overheard her saying, “Things are different in India!” After that, I held my own counsel, but I didn't need Pinky and Minnie any more anyway. I had the BSC.
Posted by eM at 12:02 pm

Email ThisBlogThis!Share to TwitterShare to FacebookShare to Pinterest
Filed under Books and reading, Nostalgia