What about your daughters: conversations with two mothers of little girls

(A version of this appeared as my F Word column ages ago.)

I got to thinking about what a difficult task raising a daughter in today's age of violence, rape and assault must be when I was reading a news item the other day. I forget what it was about, probably one of the many sorry stories that filter in from across our country—little girl raped, abused, left for dead. It made me wonder how you raised a strong, empowered woman and still had to tell her to be careful and mind her step so that she would eventually learn to survive. 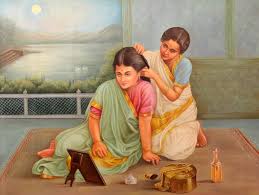 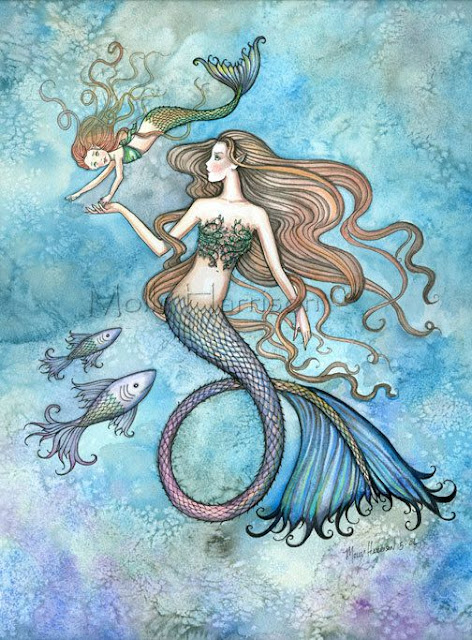 When I was just four, my mother sent me out to buy groceries by myself. She said she waited by the gate, heart in her throat, till I returned. I remember none of this—so much for an early lesson in feminism. Here's what I do remember from my childhood: running about like a hoyden in the dead heat of the afternoon, riding my cycle through neighbourhoods at least three main roads removed from mine, practically living in shorts and a t-shirt, and once, making a trip to a friend's house without telling my parents where I was going. That last one had consequences, I was only about three, and though my memories are faded, I do remember the house being in chaos when I returned, my parents ready to call the police. But for the most part, I had no Life Lessons to learn. There was a guy in a park once who touched me inappropriately as a child, but I knew it was inappropriate so I told my mother who chased him off. But when I turned thirteen, suddenly this free magical kingdom I lived in, became a place full of threats and danger. I had fetters around my ankles where before I had none, I had to account for my whereabouts and men grew from vague looming adult people who I ignored to a gender I had to be vigilant about.

I wondered if this would sit well with the generation being raised today to be the adults of tomorrow. I made a few phone calls to friends with daughters in Delhi and Bombay and asked them what they did differently, or what they did at all. My friends' daughters are all still very young, not old enough to run around unsupervised, but one of them mentioned the “good touch, bad touch” Komal video on child sexual abuse that Childline India had brought out. “Now she's freaked out by it,” said my friend who I will call Ingrid, “But I have told her that no one can touch her under her bathing suit area, and she can't touch anyone on their bathing suit area either.” She admitted to a sense of discomfort around men touching her child, even if they were known and trusted members of the family. Ingrid and her husband raise their daughter to not talk to strangers, even if that means she's a reserved child. “She's still very young,” said Ingrid of her daughter, “But I'm going to have the good touch-bad touch conversation again before she goes to school.”

That's one thing that has changed. I can't remember my mother ever sitting me down and telling me any of this. We had a frank and open discussion about where babies come from when I was about eight, but none of it had to deal with people touching children. Perhaps it was just not such a big deal in the 1980s, perhaps it wasn't commonly spoken of so people thought they didn't have to bring it up with their children. Not surprisingly, a lot of reflection about those days from women who are now in their 30s, like me, are to do with being fondled by an older man in the household. Either an uncle or a cousin or a trusted family domestic help.

My other friend, I'll call her Yasmin, said that her children (a boy and a girl, both older than Ingrid's daughter) were physically affectionate with people they met. “I don't want them to stop trusting,” she said, but she does make sure that any family they go to spend the day at doesn't have any male domestic help, and she doesn't employ men in her household either. “I try and not make it a gendered thing,” she told me, “I don't want her to feel more vulnerable than she has to. So I tell both my kids that because they're small, anyone could kidnap them and take them away.” 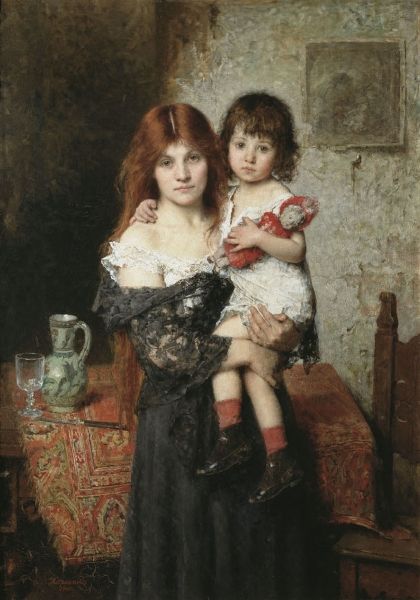 Apart from the dangers, I also wanted to talk about raising feminist daughters. Do today's girls really believe like the world is their oyster and they can do anything? That was the big lesson in my day, which the parents had to keep reinforcing. But has the lesson become so obvious that it no longer needs to be said? “Yes,” says Yasmin, pointing out also that her daughter has a penchant for creativity and crafts, while her son loves science. “I don't want to force her to love science, I want her to just be who she is.” On the other hand, “No,” says Ingrid, who recently stopped her full time job to work from home instead. “Mothers who work get punished. If you work, you'll never be asked to network with the other mothers. And everyone else just does something leisurely at home—they're “jewellery designers” or “interior decorators.”” Other friends have told me at different times that there's a sort of judgement against the working mother and definitely several missed socialising opportunities.

Another thing was clothes. Now I don't remember clothes shopping at all—does any kid? But my wardrobe was sensible—shorts or jeans and myriad t-shirts. I had frocks for birthday parties, which I liked for the lace and the frills, but were never very practical to run around in or inadvertently spill food on. Both Ingrid and Yasmin have active little girls, and therefore have to do most of their shopping in the gendered “boys” section. “Even the girls' shoes have some kind of pink fabric on it!” mourns Ingrid. Yasmin's daughter's school has a very fun system where you take the stairs up a floor and then have the option of sliding down on a cement slide built for the purpose. However, it's hard on clothes, especially little girl clothes which are made of delicate and fragile material. “I put her in boy's shorts,” says Yasmin. Does she object, I ask. “Not at all, in fact, she asks for them.”

Finally, I wonder what feminist lessons they're teaching their children, if any. “I would say be ambitious,” says Ingrid, “Ambition is so much better than competition.” Yasmin wonders about her son, raised as a feminist boy. “Sometimes I feel that in my quest to be feminist, I'm being a little unfair to him. I have to remind myself of that.”