Another turning point, a fork stuck in the road, time grabs you by the wrist, directs you where to go 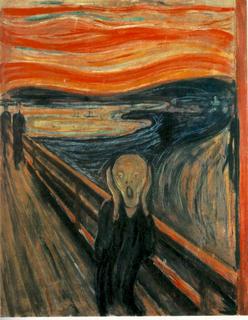 It seems as though my life has reached some sort of plateau. I can't explain it, it's almost like the magic gone. Days stretch into weeks and months, I watched August go by, rapidly, like it didn't want to overstay its welcome and September now barely touches me. Life goes on outside my door, outside my car window, in other people's lives, but it's like I've been forgotten by the powers that be. Number 14536783, the obsolete model that no one can upgrade because they would rather just buy a brand new one. The one that sits in the storeroom, still in its shiny new box, now covered with dust and cobwebs and perhaps someday when the People are cleaning up they'll say, "Oh how did that get in here. I was looking for that." But that'll be my epitaph.


And it's not even like I'm depressed or angry. I just feel.. well.. vacant. Unoccupied. Like if you asked me what I was doing last month, I wouldn't be able to tell you, because I'm always doing the same thing. Nothing has excitement and sometimes I feel these, "the best days of my life" are just disappearing into some sort of black hole or vaccuum, just getting sucked up or inhaled and I have no account of them.


Relationships? Don't make me laugh. The sameness, the yellowy mustard tinge that everything has taken on moves to men as well. Everyone is the same, I hear the same lines, I occasionally feel a heart flutter but that too is momentary. An old habit, if you will. I don't feel like flirting or batting my eyelashes, because really what is the point? Another kiss? Another failed two day thing? Another bout of getting excited with his first sms and then wanting to just run away from it all at his seventh?


I need a break I suppose. I need a break from waking up at eight, in work by eleven, interviewing people who are all, at the end of the day, going to say the same thing. I need to get away from the barcoded mass produced days. I need to stop being the Journalist Barbie and be, well, be the rag doll my grandmother made me.

Email ThisBlogThis!Share to TwitterShare to FacebookShare to Pinterest
Filed under Ruminating