Sparkling conversation: At The Chandon India Launch in Delhi

(Teeny tiny disclaimer: This is a sponsored post, HOWEVER, I still really like sparkling wine and parties, so win-win all round, right?) 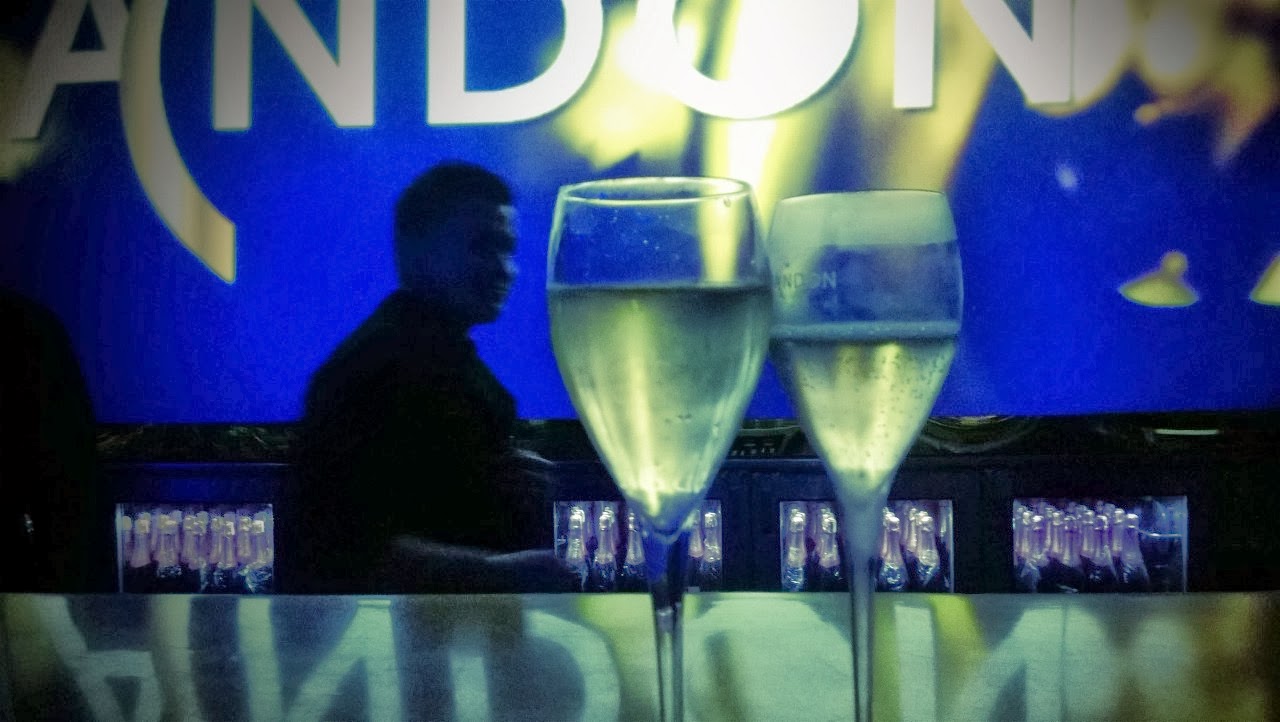 My friend Snowflake and I go back to the Middle Ages (as in, we met when we were both newbies to Bandra, and then over years and moves, our friendship sort of took on a long distance appearance: we were extremely thrilled to see each other on Facebook or in person, but no long emails or Skype chats. [Side note: I am a TERRIBLE long distance friend, but I still love you! Promise!]) Recently, however, she moved to Delhi, and not JUST Delhi, she moved a walk away from me, and not even a long walk. Despite this, because of shifty work schedules (her) and excessive socialising and writing and travelling (me) (I just want to SIT DOWN for three days straight) we haven't managed to get our schedules together and hang.

All that is a very long paragraph for what was meant to be an opening sentence. *ahem* Let's try again:

I went for the Chandon launch in Delhi with my friend Snowflake.

There's something about sparkling wine and/or champagne that makes you think of girlfriends. For me, when I say, "Pop the bubbly!" (in the space where I would use the words "pop the bubbly!") I think of a celebration, yes, but a celebration with my old friends, a large group of people all gathered round and just that one taste of effervescent liquid before it disappeared. 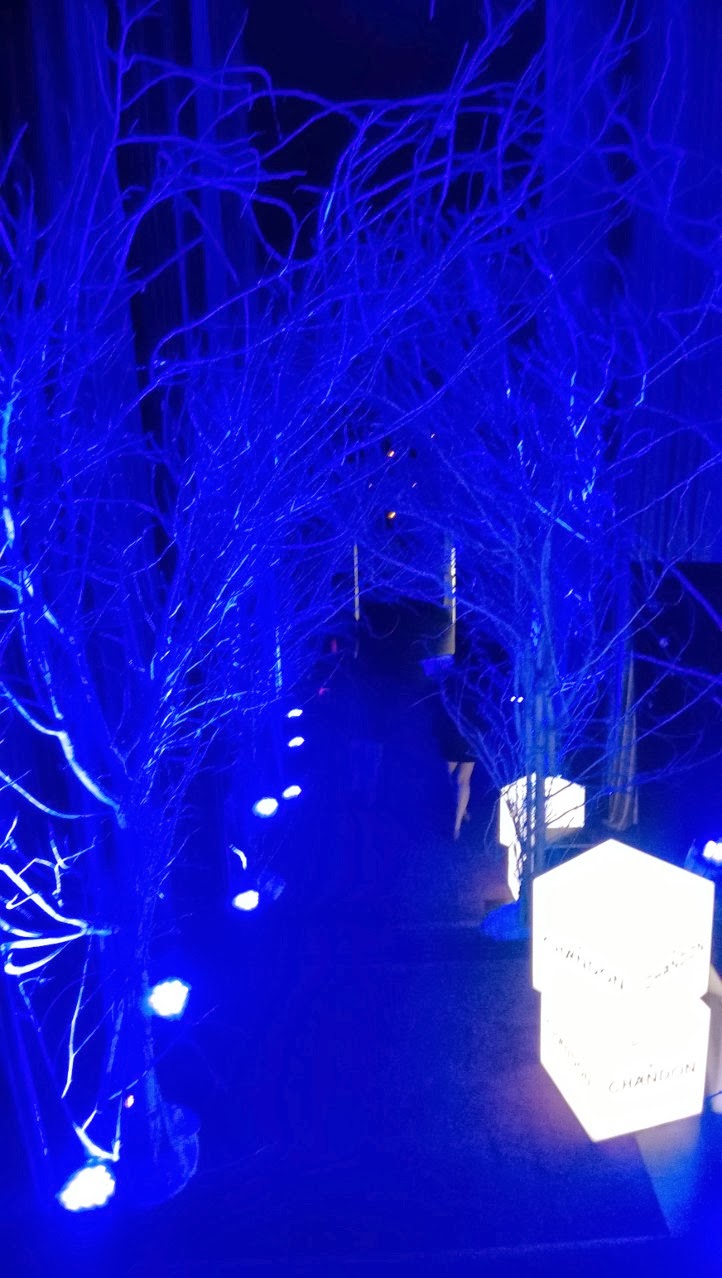 That's the nice thing about Chandon though. Although it was brought to India by Moet (which = posh) the company has chosen to deliberately keep the price reasonable. So, say Rs 1,200 a bottle? Which means that sparkling wine doesn't have to be about ONLY celebration anymore. Having a good day? Treat yourself to some sparkling wine! Just bought the perfect pair of shoes online? Pull out the Chandon from the fridge where it's waiting for you! BFF coming over for dinner? Make Bellinis with, you guessed it, the same Chandon that you will pull out a second bottle of later, when you tell her you're getting published.

The party was at Lap at Hotel Samrat, and this was only my second time visiting. You have to walk down a set of stairs to reach the nightclub, and there are all these huge doors, and everything is very imposing. However, the people at Chandon had made it like a winter wonderland. The dress code was "winter festive" which I did with a long black dress, a sweater and a pink necklace, and Snowflake did with a dress with a, um, snowflake pattern, natch.  There was this forest of white tree branches, and plaster penguins with bow ties holding trays with bottles on them, and when you stepped outside there were paper stars everywhere. 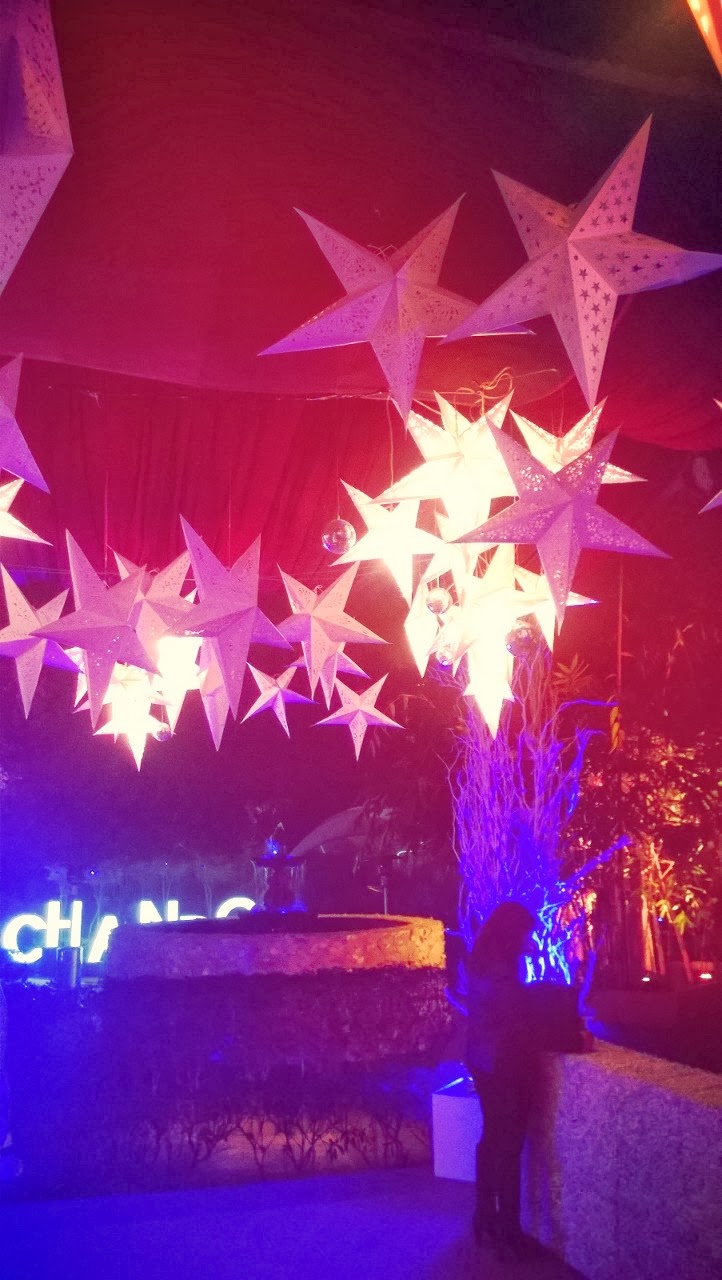 Snowflake and I stayed at the party for much longer than our official "we're old and boys are waiting for us" bedtime of 11 pm, because we were having so much fun. Most of this time was spent people watching, and letting an always attentive waiter refill our flutes. We bumped into designer Anupama Dayal, who was wearing a rather clever outfit: she had draped her stole like a half sari, and wore that over a fitted skirt and dress with a gold chain in her hair. Very trendy.

Let's talk a bit about the brand now. For anyone interested in wine (whether it's drinking it (HI!) or just a general oenophile), you might have noticed that there isn't a good Indian made sparkling. There are the foreign brands, of course, but then you also have to shell out foreign prices thanks to taxes and whatnot, which brings you back to champagne = celebration. Moet, which is owned by LVMH, the luxury French goods group (which also brings you several other "oh aren't we la-di-da" goodies) decided to launch its Chandon India last year. Made in Nashik, there's a Brut and a Brut Rose, and I may not be able to tell you noses and legs and all the body parts, but I will say that it was absolutely delicious, as a professional drinker on weekends. Sparkly, tart and crisp, the bubbles were as light and bouyant as soap bubbles in the sunshine, the flutes almost emptied themselves, and I finally understood why it was called "bubbly" (besides the bubbles in the actual drink), it's because it makes you feel bubbly. Ecstatic. The world is a good, kind place, and you are happy and there's excellent music on, and a penguin with a bow tie is posing for a photograph.

So, Chandon launches in Delhi, and I wish you all had been there, because it was an excellent party. But we're going to be friends, Chandon and I, I'm already planning my Thank Goodness the Sun Is Back brunch for this month with bellinis and mimosas, and also, since all my college girlfriends are in town after what seems like twenty thousand years, several bottles are going to be emptied out in this house.

Because the world is just better with bubbles.