In Which Kevin Spacey Calls Us Thieves

Man, how much do I love House of Cards?

THIS MUCH (SPOILER GIF AHEAD, DO NOT SCROLL IF YOU HAVEN'T SEEN THE BEGINNING OF SEASON 2) 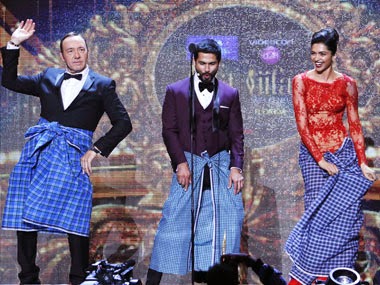 In an AFP story in Firstpost, Mr Spacey was all:

House of Cards is really big in India, I discovered," Spacey told reporters late Saturday as he walked the ceremonial carpet into the packed stadium. "Except isn't it funny that Netflix doesn't exist there yet. Which means that you're stealing it," he said.

WELL EXCUSE US FOR TRYING TO WATCH GOOD TELEVISION, KEVIN!! Actually, a lot of people I know buy or rent movies or TV shows on iTunes if they can (they need a US credit card because iTunes here doesn't allow it, and so WHAT are the rest of us supposed to do? If only all the people who supplied TV would realize there is an enormous market for American television here in India, we'd all be very happy.) (Also Star World is really picking up its game now, I hear.)

Anyhow, despite the fact that Kevin hates us, we still love him.