I've recently started an email newsletter, which you can subscribe to by clicking on this link. It's out every Friday with stuff I'm reading, thinking, and doing that week. I've decided to also cross-post on the blog, just in case you don't like emails and prefer reading stuff online, old-school. Here's volume three.

GUYS, I have been adding to this newsletter all week, so prepare yourselves for a long one. It's also partly because I'm spending my summer in Delhi unlike most of you gallivanting off here and there, so with a staycation (HAH. I'm chained to my bloody desk. Greed has brought all my deadlines to roost) I have a lot more time to introspect. This morning my friend called and in course of conversation said, "I'm really enjoying all your Facebook updates these days. They're all about the little things." That's my life right now--the little things. 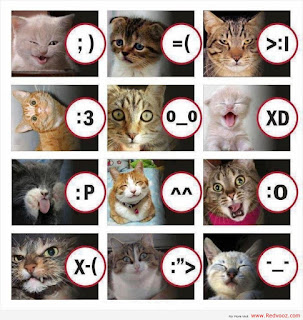 Stuff I wrote this week: My F Word feminism fortnightly column this week was all about raising feminist children.  I called and spoke to two of my girlfriends with daughters and we all had a very insightful chat, so read. Also in feminist writing, I gave advice as Aunty Feminist this week to a young person who wanted to know how to reconcile her often sexist and homophobic family with her liberal, feminist values. Over at HuffPo, I have a blog up about Susan Miller, astrology and horoscopes as hope. On my blog: let us now forgive powerful men, on Tejpal & co. And in my relationship column, the lure of the Delhi Gymkhana, Thursday nights and being called "adorable."

I'm "curating" the next edition of Prose At Toddy, which basically means I've invited a bunch of writers I admire to come and read at the Toddy Shop on June 22nd (Wednesday!). It's a non-fiction edition, which I'm very proud of, so come! Starts at 9.

This week in weird medical stuff: I've been having these strange vivid flashes of SMELL out of the blue. Suddenly, on a flyover, for example, I'll smell coffee so strongly, my nose wakes up. Or, in a really posh bar, miles away from the facilities, I'll smell urine. I thought with my usual jump-to-worst conclusion, that I was probably having a series of mini-strokes (because it could happen). I ruled out a brain tumour, because I've seen Grey's Anatomy and I don't have a headache. WELL. The actual answer is something called phantosmia. Turns out my nose is hallucinating. It's pretty weird and it can happen with a sinus infection, a sudden sneeze and/or smoking. AT LEAST I'M NOT DYING (yet.)

This week in book-adaptation television: Some people say, "How do you work from home? Do you have fixed timings?" and to them I usually say, "In my pajamas, and yes." Well, not exactly, but I usually start work around 11-ish, that's deadline work, not work like this newsletter which I do pre-deadlines, and knock off about 7 pm. Which is also usually when I watch a lot of TV on nights I'm not going out. This week I discovered The Durrells, an ITV period drama based on GERALD DURRELL'S Corfu Trilogy. Obviously I had to watch it. It's good, except it's not really the book at all, focusing more on Mama Durrell as a spunky, single mother who has to forge ahead etc. Also in period drama: Poirot! But Seasons 1, 2 and 3 are all 45-minute case of the week stuff. The really excellent episodes start Season 4 on, where it's two episodes per mystery and three mysteries a season. (This is my Sunday.) Also 11.22.63 based on Stephen King's time travel novel of the same name, ALSO a period drama. The book is great and the show with a brooding James Franco as lead, is pretty faithful.


Does anyone want to go to this sari class with me? How about the Harper Collins sale?


Throwback book of the week: Paper Moon by Joe David Brown. This is a con man story with a TWIST, it's actually a con GIRL and all she wants is love and a family and also to rip people off. A charming narrator, one of the funnest YA characters I've read. Later, this was turned into a film, starring real life father and daughter Ryan and Tatum O'Neal as Addie Pray and her "daddy" Long Boy.

Snack of the week: My friend Ishi always has the most exciting food at her house. Recently, while over there, she fried me up a set of pre-made snacks called Bean Bullets (Bean Bites?) by The Temperamental Chef. YOU GUYS IT WAS SO GOOD! And vegetarian, so you can totally pull them out the next time your lone veggie friend is sadly eating chips while all around her, they're snacking on chicken tikkas.

Speaking of food OR why I'm not buying chicken anymore unless it's "certified organic." Besides which, think of all the antibiotics you're eating! Gross. I'm well on my way to becoming a crunchy granola type hippy, evidenced by the fact that I looked up and ordered "almond milk" off Grofers this morning. (UPDATE: they cancelled, as Grofers is wont to do.)

Song of the week: This is the song that is basically your stand in front of the mirror, getting your confidence up before you go out anthem. Meghan Trainor with another very addictive song: Me Too. (Chorus: if I was you, I'd wanna be me too, I'd wanna be me too.)

Purchases I made that I love: Someone tweeted about a basic matte red lipstick by a brand called Sugar, so I Googled it, and then it turns out they had a lovely nude (called Holly Go Lightly) and I already have two bright red lipsticks but I'm always searching for a good nude one (sort of purplish pinkish brownish) so I bought that and then I fiddled around the site looking to see what else they had and they had a sale on this thing called a Tangle Teezer. Which is basically a tiny hairbrush, but with "revolutionary technology" and everyone on the internet was raving about it so I was like OKAY and 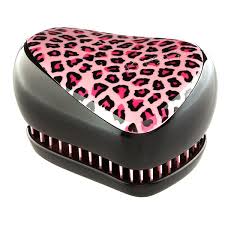 I bought myself one too (at Rs eight hundred something, I've never spent that much money on a HAIRBRUSH before.) Anyhow, both arrived last week and the lipstick is lovely but the hairbrush, you guys! My hair is so soft! And wavy-ish! And stayed that way even while I slept! And absolutely zero effort required, no pulling and tugging at knots, just zip-zip-zip and you're all set. (In an article I read about it, they said that people are now saying, "Can I borrow your Teezer?" instead of "brush" now so it's basically the Macbook of hairbrushes.) Anyway, there I am rhapsodising about a hairbrush, but it really is very good and also very cute and has a little thing you slip on so you can pop it into your handbag. Especially since I'm now growing out my hair out of idle curiosity.

Stuff I watched this week that wasn't TV: The Breakfast Club  which I have NEVER seen before. (Also a bunch of other classic films, so basically I probably HAVEN'T watched it so don't ask). What a fun film though. Even though I was kind of expecting it to be a bit like The Dead Poet's Society,  except, um, with BREAKFAST.


This week in stuff I read: Dayanita Singh on the Steve McCurry debate. In Japan, they're taking house party classes because of course they are.  TRUMPISTAN. Even Google has feelings.


And that's all for me and this (very long) newsletter this week! Stay cool, and have a nice weekend.

Email ThisBlogThis!Share to TwitterShare to FacebookShare to Pinterest
Filed under Being me, Books and reading, Newsletter, Stuff I Like, Television