A photo round-up of what I've been doing. 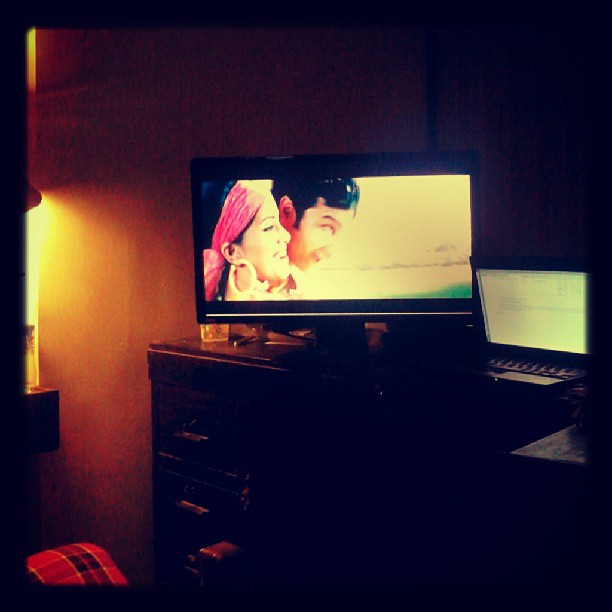 Went to Bombay last weekend. It was raining mostly, but then it dried up and was just very pretty--overcast and cool. Good Thing has hooked up this giant computer monitor on a desk next to his bed, so we can lie around and watch movies. I made him watch Dil Chahta Hai which he HATED, but I was all, "Awww." I love that movie.

Posted this picture on Facebook and Twitter asking people to identify the movie and everyone did! People are smart in their old movie rememberance. 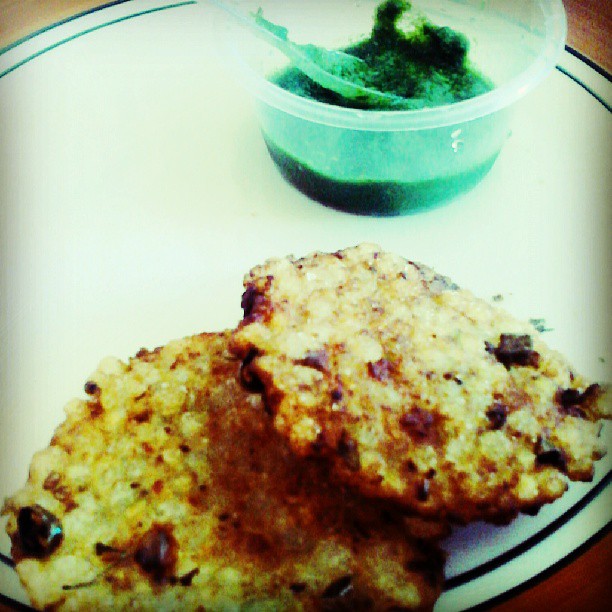 The Good Thing has a Maharashtrian cook, an older lady who just LOVES bossing the two bachelors around. She's quite sweet though, and when I asked her to make me sabudana vadas, she soaked it at home and made them piping hot and fresh, serving it to us, while we were lying around that aforementioned bed watching Family Guy. 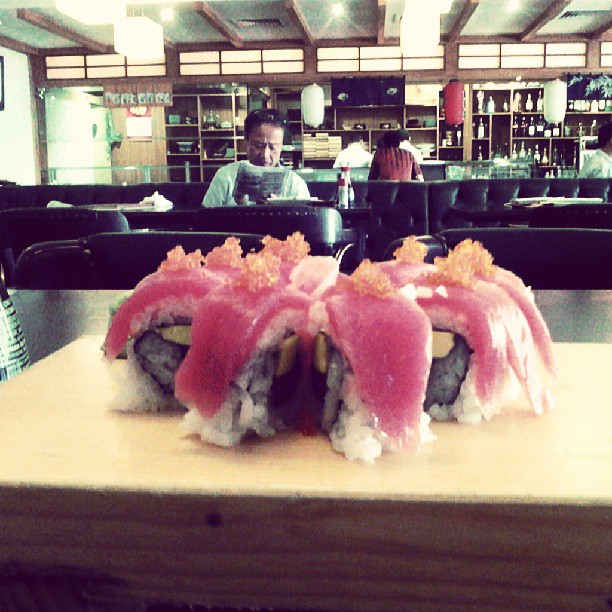 Kofuku in Bandra is pretty much my favourite Japanese restaurant in the ENTIRE COUNTRY. Run by a Ladhaki, the staff is almost all Japanese and there are always homesick Japanese people there, like the guy reading behind my cherry blossom sushi. 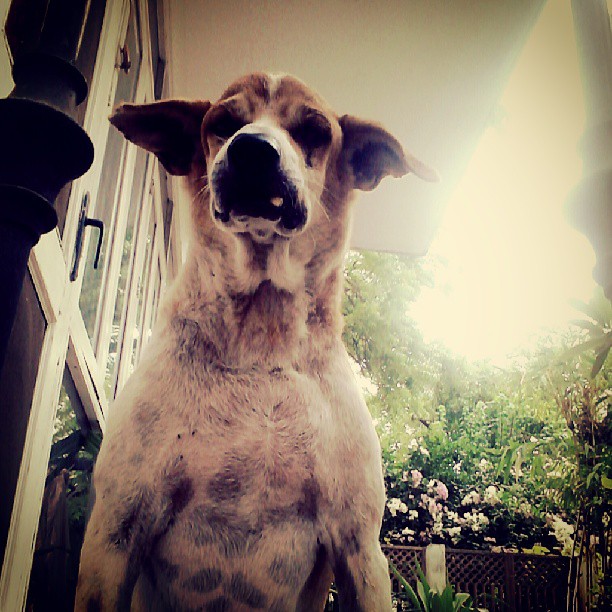 With Cookie dying (thank you all for your kind words) I've been looking at other old dogs a lot. This is Rani, he's a boy who lives downstairs. He has only one tooth, and barks a lot, so initially I was a bit wary of him. But he has the sweetest disposition, and this funny way of gnashing his gums and about a week after we moved in, he's greeting me as I walk up the stairs. He must be lonely though, I never see anyone in that house, even though my friends who lived here before assure me he is much loved, I still stop and say hi.

He's pretty shy of having his photo taken, so I had to wait quite a bit to take this one.

I don't know why his name is Rani either. 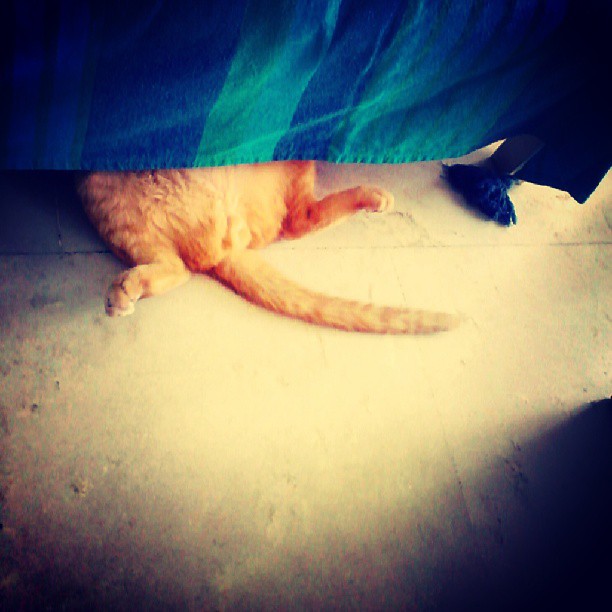 And of course, you want a TC update. This is him in the summer time. He hides a lot in the day, but he seems so HAPPY in this house, as opposed to the pokiness of the old one. I barely see him now, he has so many spots to lurk, but he always comes out by the evening and hangs around with me for a bit.

When my mum spends the night, she wakes up earlier than I do, so TC wakes up with her, gets fed and goes to the balcony, pottering about, till I wake up and then he goes back to bed. 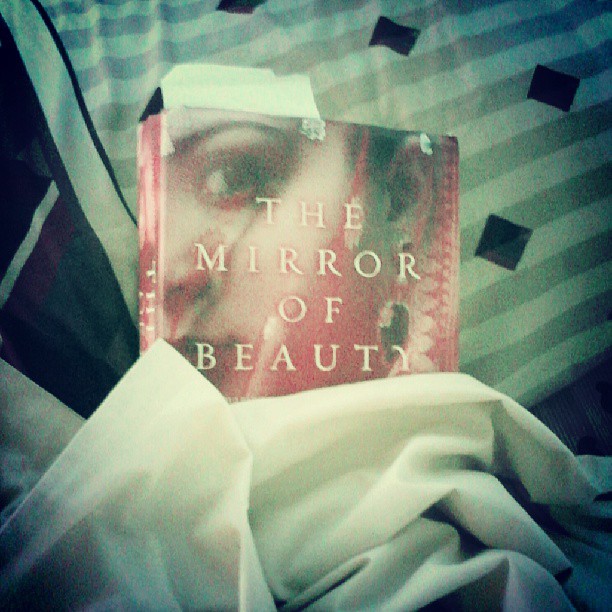 Currently reading. It's big and it's bulky, but it's lovely, very Urdu, which makes sense as the author is an Urdu translator. I have to do a longer book post soon, including Mohsin Hamid's latest, which I loved so much, I gave it to someone as a birthday present. But so far, this book and I are bedtime snuggle buddies.

Although, I did just yesterday have my Tata Sky connection fixed, so BYE BYE reading. Sigh. TV is the devil's plaything.


PS: You can follow me on Instagram for a LIVE FEED YAY! BUT SHORTER NON-EXPLAIN-Y CAPTIONS BOO! experience.  www.instagram.com/decemberschild
Posted by eM at 1:31 pm

Email ThisBlogThis!Share to TwitterShare to FacebookShare to Pinterest
Filed under Books and reading, People I love, Photos, The Cat, Travelling light