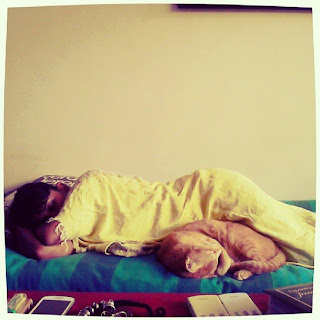 I've been trying to have more lunch gatherings. Usually on weekends, it means my guests wind up falling asleep, more often than not. Here's my friend being nap-bombed by a cat who likes nothing more than to insert himself into the curves of humans and fall asleep like that. 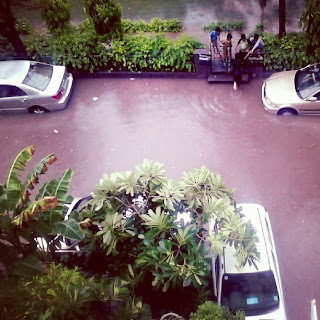 Boy, it's been raining a lot lately. This is what happens to my lane each time it goes on for more than an hour. Result: housebound. 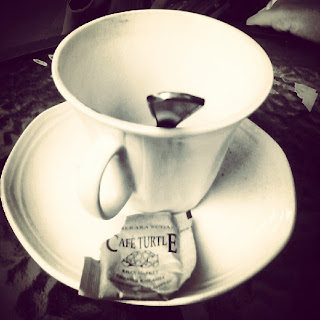 I left my year-long gig with Brown Paper Bag last month. From this month on, I've been working as the lifestyle correspondent for BLOUIN ARTINFO. Longer post on being a writer versus being the editor of something coming up soon. This photo is from a goodbye-good morning coffee I had with my colleague. 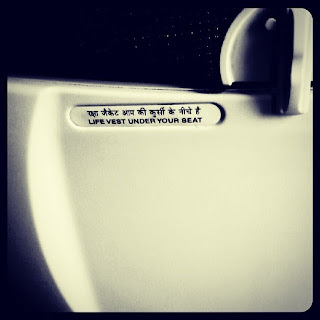 I went to Bangalore earlier this month to hang with the Good Thing and his parents. Yup.

I see long distance reducing considerably in our future, or, at the very least, a lot more photographs like this one. Planes. I'm an expert.

And my opinion on planes? Air India is proving to be the best and cheapest way to travel. No, honestly. 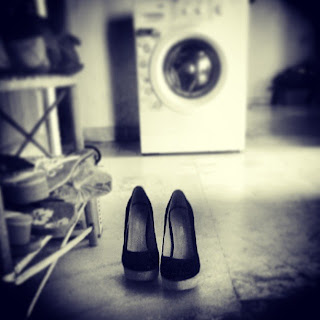 The perks of the situation are the furniture from the old house making its way to me. I have a washing machine now (no longer in the landing, thank goodness) and a big fridge instead of my single-person one (that's become my booze fridge). Plus someone to ask if I've had breakfast in the morning. It's nice. 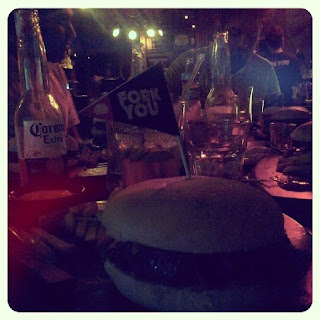 I'd been avoiding Fork You in Hauz Khas Village because I heard the food was terrible. A friend organised a lunch there, despite my dire warnings, and I went, all prepared to say "I told you so." Um.

I had to eat my words along with one of the best medium-rare bacon cheeseburgers I've ever had. Plus, pretty cheap and happy hours. 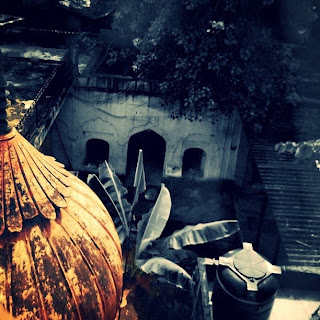 Switched phones recently, going from being a dedicated Android user to the Windows Phone 8 interface. Obviously, this deserves a longer review post (I'm waiting for a few more days to do it), but can I just say the camera on this phone---a Nokia Lumia 720--is insanely awesome. This effect is from one of the built-in Nokia apps and is of the Shiv temple adjoining my house that I can see from the bedroom window.

This is the only photo in the series taken from this phone, and I think you'll notice a considerable difference between this one and the others.

Email ThisBlogThis!Share to TwitterShare to FacebookShare to Pinterest
Filed under Photos