Feed the dogs, tuppence a bag

When my best friend in the whole world and I were about 12 or 13 or 14, we were on a save-the-dogs mission. I dreamed about starting up my own animal shelter — it was going to be called Have A Heart, and the logo was a smiling dog with a heart for a nose. With the help of an equal animal crazy school friend, we decided the best place for this would be my backyard — no one was actually using it after all, and the animals could live in cages so they wouldn’t get out and we’d keep all the cages impeccably and only allow twenty dogs at a time. 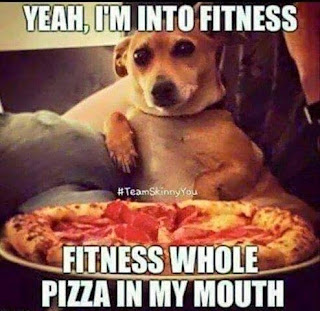 Not surprisingly, this never panned out. But we had something almost as good next door at the Friendicoes animal shelter in Jangpura, New Delhi. Friendicoes was about as different from my beloved Have A Heart as it was possible to be. For one thing it reeked of animal—my Have A Heart, I fondly assumed, would be poop and piss free — for another, if an animal was very weak or sick, they believed in putting it down. But still, they were the only option we had to take the little sick puppy we found on the road and cared for for three days. Candy, which was the puppy’s name, was met by the Friendicoes vet with a shake of his head. And sure enough she was dead three days later.

I even volunteered there one summer, taking the dogs for a walk, enjoying the feeling of “doing something good” even though I wondered if it still counted as a noble gesture when I was having so much fun doing it.

When our dog Doogie fell suddenly sick and died at home, I called the Friendicoes night vet. Again the head shaking.

Years later, I experienced the same head shaking when my partner and I took a kitten to them. The kitten was very sick with some kind of bacterial infection — we had acquired her at the shelter, so we thought the shelter might be more effective in her care than our normal vet. At all hours we bundled up poor Agni into a box and carried her there, at all hours, a kind and patient vet talked us through it, stuck a drip in her, told us what to do.

We had to go back for three days for her antibiotics, and the shelter is set up so you take a number and wait in a never ending queue. There is everyone who wants cheap vet care (it’s a 100 rupees per visit or a donation if you prefer), there are people who have their first dogs, people dragging in a goat, people who have been coming to the Friendicoes vets for years, their own pets acquired from the same shelter.

As we sat there, I also saw the troop of animals who call the shelter home. These are the ones who have been there for so long that they will never escape, so they mingle with the patients, sitting down under benches, abandoned pedigree dogs grown too old or too expensive for their owners, a puppy with three legs and big soulful eyes and always the token St Bernard — Delhi folks like the way they look, but inevitably the cost of keeping them, running the AC all the time, feeding them, grooming them, proves too much bother and they abandon them to the mercy of 40 degree temperature and lying on scalding asphalt.

If it wasn’t for Friendicoes, the city would have no real animal shelter. Every city needs an animal shelter. It gives the city a heart, a place for animal lovers to go, a place where you know four legged creatures will be treated with kindness and be given medical attention, regardless of what they look like or what breed they are. This very same shelter recently posted that they were in danger of shutting down because they are forty lakhs in debt (the MCD pays them money for sterilizing stray dogs, and as of now, the shelter is owed 38 lakhs from the corporation).

If it shuts down, Delhi will have no real animal shelter — it has a few others, but not with all the same facilities — with a late night vet and a place to take injured or young animals. It will have no place for people who want to keep a pet but but can’t because of the cost of medical bills.

It will also have no place for people who want to dump their dogs like they’re last season’s bag. (Which you might argue is a good thing, but then what will happen to the dogs? They won’t stop being dumped and they might not be abandoned in a safe space.) It’s the first time I gave to a charity. I urge you to do it as well. (www.bitgiving.com/Friendicoes)

A version of this appeared as my column.

Email ThisBlogThis!Share to TwitterShare to FacebookShare to Pinterest
Filed under Column, My Animals And Other Family