Death, doom and disaster everywhere I look today, so I'm taking deep breaths and reliving the past with some pretty pictures. Here's what I've been up to! (TRAVEL. BOOKS. CATS.)


I've been travelling like someone who travels for work, and it has been amazing. We don't have that much spare cash, but what we do, we spend on travelling, with not so much back in Delhi. Who needs a new dress when you can have NEW VIEWS, right, RIGHT? (In fact, I'm off to Goa tomorrow, and I haven't visited in over a year, so I'm such an enthu cutlet, my bag is already packed and zipped and ready to go.) 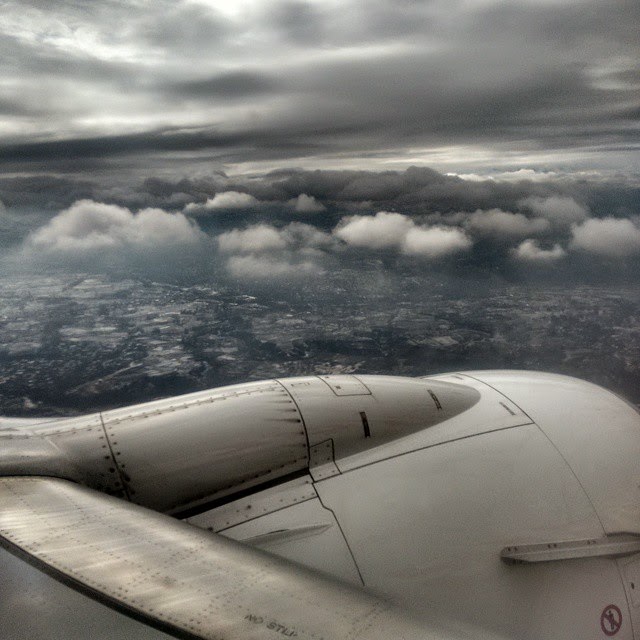 First, we went to Gulmarg again, which was a complete winter wonderland this time. The last time I skiied, there was barely any snow, so I had to work with one little teeny tiny patch. This time there was so much snow that my feet sunk into the ground. Amazing.  I took along wellies that my last ex's mum gave me, which barely get any use here in Delhi and they were perfect winter shoes.
We stayed at the Nedou's like last time, which was cozy and warm, even if the food was a bit same-ish. I recommend it highly though, the service is fantastic, the hotel is warm with hot running water, and it's super pretty. 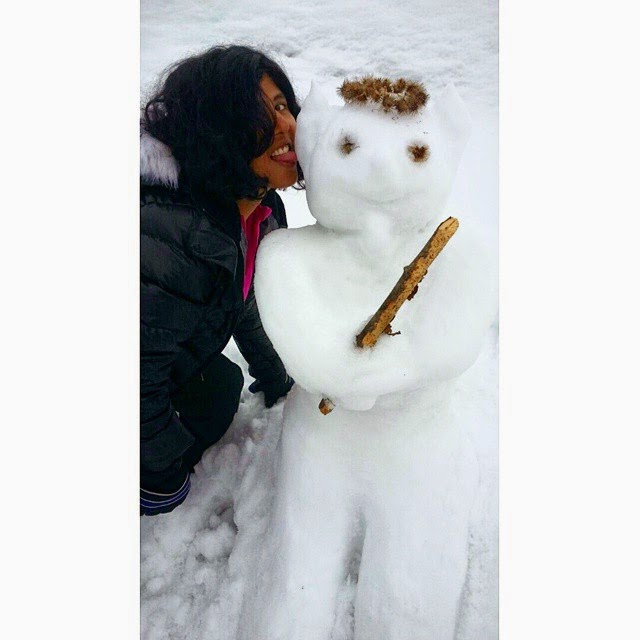 I made my first snowman! The Good Thing and I burbled "Do you want to build a snowmaaaan?" at each other and wound up with this weird snow troll (?) creature. I was quite proud of it, and so I licked his ear, just so a bit of my DNA would stay on him even if he melted or whatever. 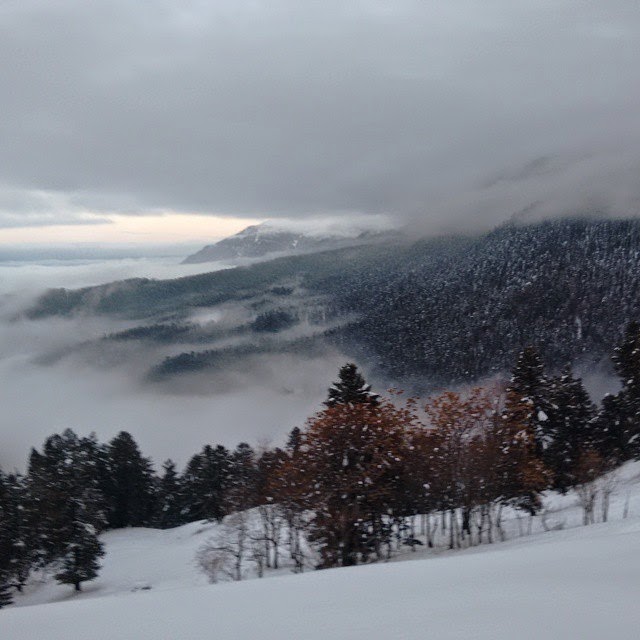 The only thing I didn't like about Gulmarg and Kashmir was how much everyone tried to scam you of your money. I get that it's a rich people's destination, but we were on a fixed budget, and I grew super tired of arguing with people who charged you double, quadruple normal rates just because they could. I finally blew a fuse at the airport on the way home when the taxi driver demanded more money because he took a detour (on his suggestion, because of a jam, with no mention of this extra money then.) I told him people had been trying to cheat me since I landed, and all anyone cared about was money, money, MONEY, and I might have got a bit emotional, but he grumbled and drove off anyway. Oh well. It felt good to rant. 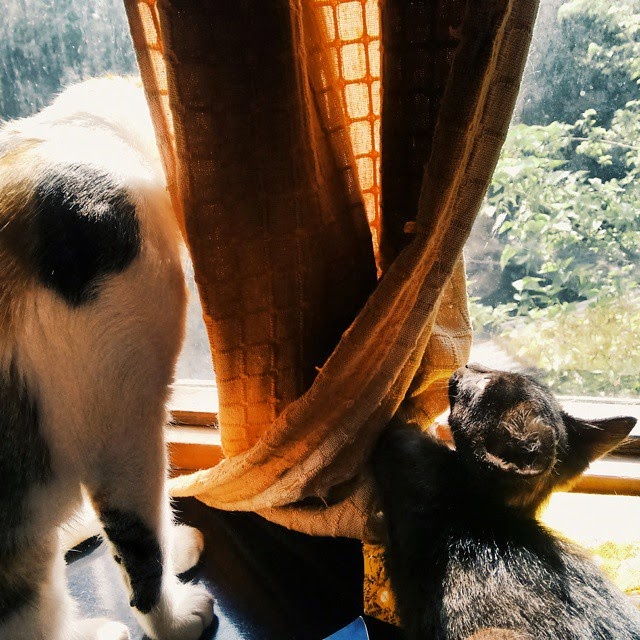 Meet Pablo Squishton Escofur/Purruda/Picatto. This is yes, yes, a foster kitten, who I grew so attached to, I begged the Good Thing to let him be a Valentine's Day present, a decision I regret every morning, which is when Squishy (Pablo when he's older) is at his WORST, scratching everything, dancing around like a monkey and generally being the opposite of me, a slow starting morning person at the best of times. I love him when he's curled up asleep or just about getting to drowsiness, his throat throbbing with purrs, but OMG HE WOKE ME UP AT 8 BLOODY AM AND I KNOW HE'LL OUTGROW THIS BUT I AM FULL OF BLOOD AND SCARS. Little rascal. 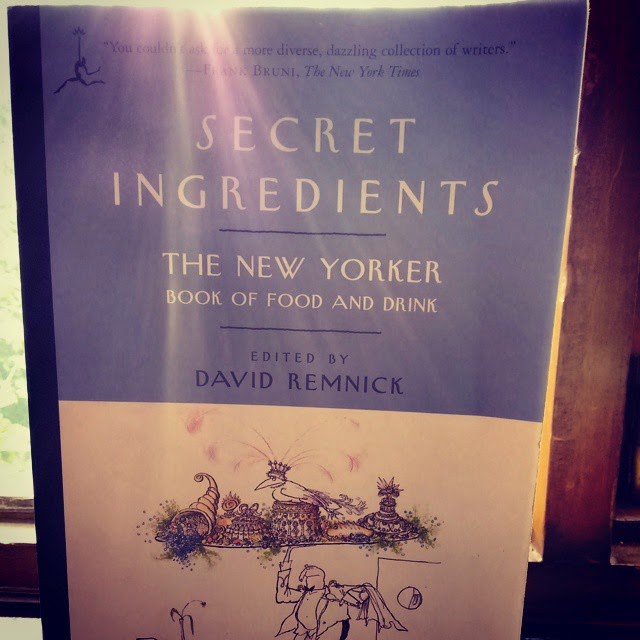 I have been reading SO MUCH, thanks to a book fair haul, and Aleph/Rupa sending me review books (more on those later, still reading!) This is one of my favourites and I wish I had read it when I was reviewing food for a living a few years ago. This is REAL food writing, not just "we went there and we ate this" and I wish all the Indian food review places would take a few tips. If you're at all interested in food or writing about it, read this immediately. 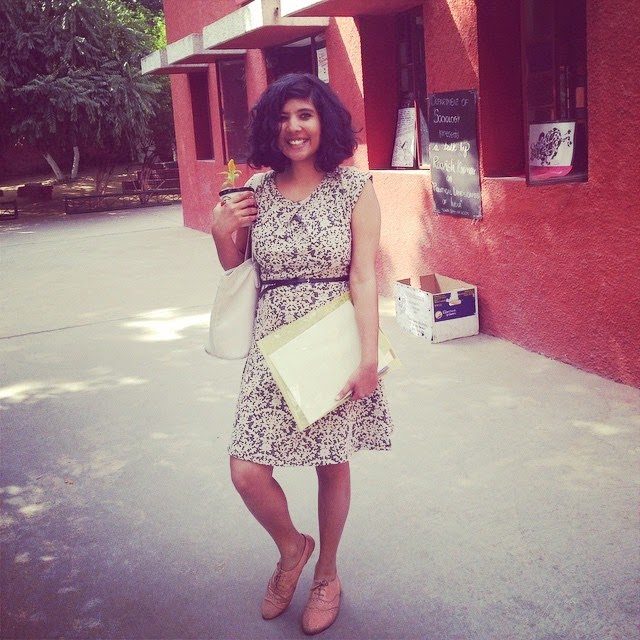 Achievement unlocked! I was asked to speak at a panel discussion at LSR! I felt very old especially because of the fresh faced young things gazing up at me, but I did manage to keep it together enough to take this photo in front of the cafe, now always a "cafe" because there's a sign up to let people know "it's NOT a CANTEEN."

I also went off to Pushkar, but looking through my photos I have SO MUCH to say that I'm going to save it for another post. That's my life. How's yours?

Email ThisBlogThis!Share to TwitterShare to FacebookShare to Pinterest
Filed under My Animals And Other Family, Photos, Ruminating, Travelling light